Empowering the kids of Ferguson: #YourMoveChess 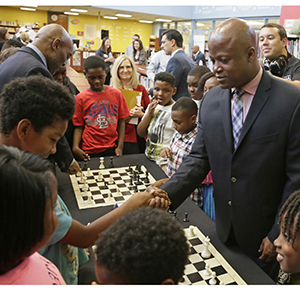 Your Move Chess, an after-school chess program created by Ascension and the Chess Club and Scholastic Center of Saint Louis is a program designed to empower kids in the Ferguson-Florissant School District through the game of Chess. Grand Master Maurice Ashley, a champion for the cause, attended the fundraising event on February, 11, 2015.