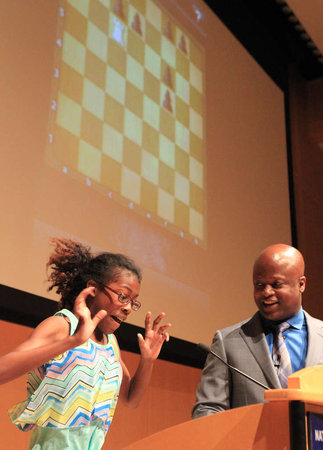 Maurice Ashley, the first African American international chess grand master, captivated a crowd of young chess players and coaches Friday with his story of perseverance, describing his rise from a tough Brooklyn neighborhood to the highest possible rank for competitors of their beloved game.
The first lesson of greatness, Ashley told the 6- to 18-year-old players gathered at the National Constitution Center is sacrifice.
He recalled learning that lesson from his mother, who left him and his siblings with their grandmother in their native Jamaica for 10 years while she worked in the United States to earn enough money to bring her children.
“The second lesson of greatness – work your butt off,” he said. “In Jamaica, there’s a saying – you have to have 10 jobs. One job – you’re lazy! Two jobs – you’re shuffling now.”
Read more at Philly.com