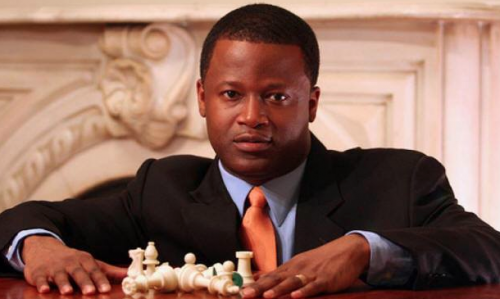 Since we announced on April 7th to unequivocally move ahead with the Millionaire Chess Open, people have been wondering why we decided to take such a bold but risky decision.  How could we be confident that enough players would register to cover the cost of the event? What made us so certain that the tournament would be successful enough to continue and thrive year after year? Weren’t we terrified that only 200-300 people might show up?
To begin to answer these questions, we need to go back in time almost ten years. In May of 2005, my old company, Generation Chess, hosted the HB Global Chess Challenge, a tournament that boasted a then unprecedented prize fund of a half a million dollars. Many people back then were shocked to hear that such an event was possible, and some doubted that it would even take place. When it went off without a hitch, over 1600 players went home with smiles on their faces, and quite a few waltzed out with well-earned checks never before seen at an open chess tournament. The massive PR exposure and incredible fan support seemed to indicate that all systems were a go for the following year. This seemed like the amazing first step that chess in the U.S. had been waiting on for decades.
Unfortunately, our sponsor did not share the profound need or desire to promote chess for the long haul. While he was a savvy investor, he did not feel that enough players had taken up the charge of changing their own game. As was well within his rights, he pulled away from backing the event, and decided that his money was best invested elsewhere. The HB Global turned into a one-year phenomenon, and the dream for high-stakes chess events stalled before it could truly take flight.
Fast-forward to March of 2014. Thanks to the power of social media, the buzz about the Millionaire Chess Open had dwarfed the HB Global. Online forums were filled with opinions on both sides of the fence about the merits of a blockbuster tournament that demanded significant player support. While many were excited about the prospect of chess bursting into the limelight, others held the view that the vision was too large, too pricey and too pie-in-the-sky. When only 76 people signed up for the tournament at its first significant deadline, the naysayers felt that they had been proven right and were sure that the tournament would suffer the ignominious fate of not even seeing the light of day.
Those dire predictions obviously did not happen. Which brings us back to the initial question: why did we decide to move ahead? What did we know that others did not? Why take such a chance when the chess world seemed unsure itself?
Well, the main reason we decided to move forward was that our young company had wisely internalized the primary lesson from the HB Global. We understood that in order for a huge vision to be successfully realized, one thing more than anything was critically important: committed, thoughtful, patient investors and business partners. Whether it was the money required to fund the event regardless of the number of entrants or the time needed to craft and create an unforgettable experience for the players and fans, a broad vision such as this needs a team willing to think not in terms of months but years, not in a one-and-done but in a lasting legacy, not in a riskless present but in a future filled with potential. Let others worry that the risk is just too great; understand there is no substitute for careful analysis backed by tremendous patience. This is a chess business after all.
Will it all work out? Only time will tell. It would be nice to be able to gaze into a crystal ball and see a future where million dollar chess tournaments are common, where chess is being broadcast to an audience of millions, where sponsors are lining up to associate themselves with a game that has stood the test of time. At Millionaire Chess, we realize that this hopeful future is not right around the corner and that some real sacrifices need to be made in order to shape the direction that future might take. We recognize that any great venture carries with it the possibility of failure, and that things may not work out exactly as planned. As a company, that’s what makes this all so exciting. If your hand is shaking when it’s time to make a big move, you probably don’t belong in the game. We remain steadfast in our goal to see this mission through, and we remain hopeful that the chess world will join us to help bring this incredible game up to the next level.