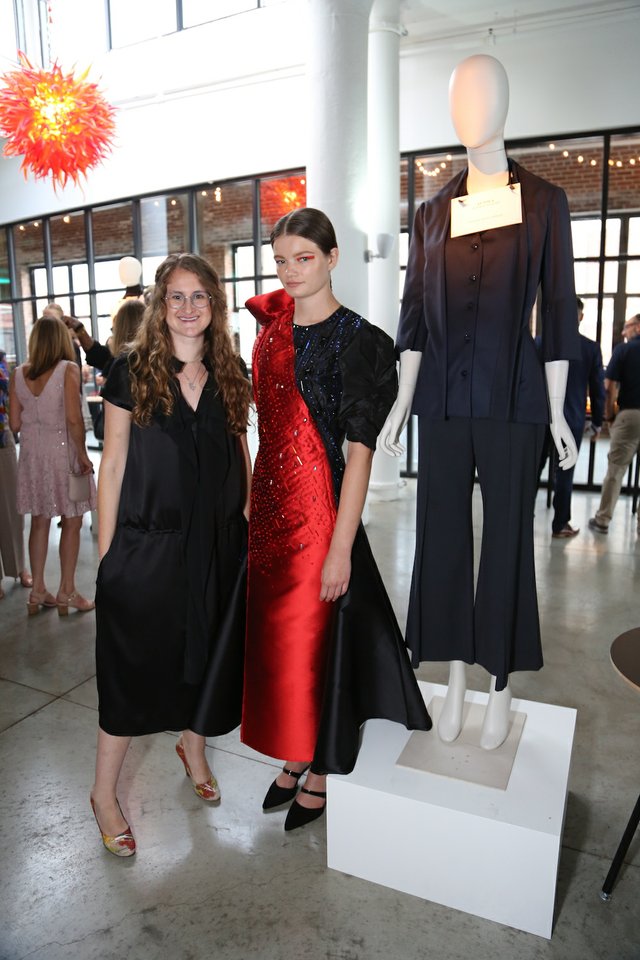 From STLmag.com, Audra with her design

The World Chess Hall of Fame partnered with the Saint Louis Fashion Fund to host Pinned! A Designer Chess Challenge. The six fashion fund designers competed to create the first-ever chess uniform. Audra Noyes was announced as the winner at last evening’s Sinquefield Cup opening ceremonies. The World Chess Hall of Fame awarded her a $10,000 prize.
Audra Noyes worked with chess grandmaster Maurice Ashley. “He really challenged my concept from the beginning,” Noyes says of Ashley. “Our concept was very much focused on two worlds colliding. That the history of the queen embodied the rook and the bishop, and when they collided to create the piece of the queen, they encompass something more powerful and harmonizing.”
Read more here or here